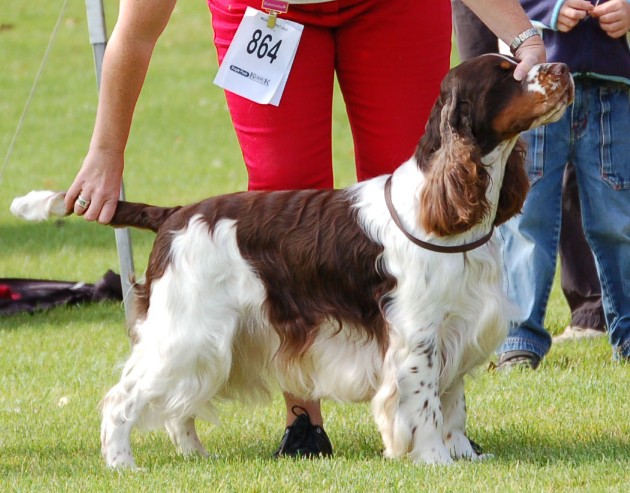 At last we have kept a boy at home! With regard to the rest of the family I have never mentioned wanting to keep a boy, but now husband and son found out all by themselves that it was about time. I couldn't protest against that!
Long before I mated his mum Ylva I decided that I had to keep something no matter which sire I used. Ylva is a fantastic funny girl and she has lots of personality. In addition to that she is also in really good health, she is very kindhearted,  full of breedtype and a good worker and all that did that I wanted to keep something from her first litter.  Daddy Lleyton has a fantastic beautiful dam I have admired for years. His sire is very nice as well and when Lleyton came to Sweden I was anxious to see what he would be like.  I almost felt that no matter what he would be like I had to use him on one of my bitches because I liked his dam so much.  Lleyton grew up to be a really beautiful specimen of the breed and I felt he would be really good for my Ylva. It turned out to be an excellent litter and they have despite their young age already done very well.

Viggo is a very kind boy, and he loves attention. He is steady as a rock and nothing can knock him off his perch.  He is eager to learn new things and he loves being in the ring.

Viggo is swimming for the first time on this photo and he is on his way to me with the dummy.